Michal Hasiow discusses the interpretation of EU provisions on trademark use in the Testarossa ruling of the Court of Justice of the European Union. 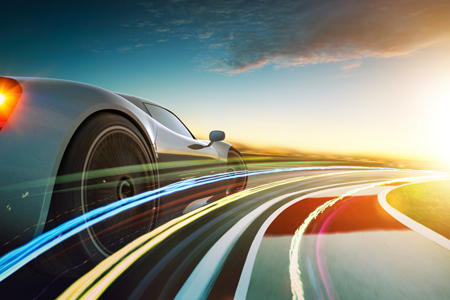 “Article 12(1) and Article 13 of Directive 2008/95/EC of the European Parliament and of the Council of 22 October 2008 to approximate the laws of the Member States relating to trade marks must be interpreted as meaning that a trade mark registered in respect of a category of goods and replacement parts thereof must be regarded as having been put to ‘genuine use’ within the meaning of Article 12(1), in connection with all the goods in that category and the replacement parts thereof, if it has been so used only in respect of some of those goods, such as high-priced luxury sports cars, or only in respect of replacement parts or accessories of some of those goods, unless it is apparent from the relevant facts and evidence that a consumer who wishes to purchase those goods will perceive them as an independent subcategory of the category of goods in respect of which the mark concerned was registered”.

Let’s further boil down the ruling on the issue of spare parts:

“(…) A trade mark registered in respect of a category of goods (…) must be regarded as having been put to ‘genuine use’ (…) in connection with all the goods in that category (…) [even] if it has been so used only in respect of (…) replacement parts or accessories of some of those goods (…)”.

The CJEU considered, in fact, that the inclusion of replacement parts in the list of goods does not impact the finding of genuine use for the entire product, so that situations where one registration covers “cars” and another one “cars; replacement parts for cars” should be treated equally. In a manner of speaking, the use on replacement parts counts “twice”.

The last part of the portion under scrutiny:

imposes a condition, but it does not seem to be linked to the issue of spare parts: under the facts of Testarossa “those goods” are “luxury sports cars”, while “the category of goods in respect of which the mark concerned was registered” refers to “cars”.

In other words, in Testarossa the CJEU does not impose any additional prerequisite for finding genuine use for the entire product if the trademark is used for replacement parts or accessories therefor; the perception of the consumer does not come into play in this regard and neither does, as we shall see, any pre-existing goodwill.

Under EU trademark law use for goods or services which are not covered by the goods and services listed in the registration is irrelevant, even if they are similar. To take an example, use on “footwear” does not save a registration from non-use revocation for “clothing”, even though “clothing” and “footwear” are considered to be similar.

A limited exception to this principle was established by the seminal 2003 CJEU preliminary ruling in Ansul (C-40/01 – Ansul BV / Ajax Brandbeveiliging BV) which was also cited in Testarossa. In Ansul a trader had previously sold fire extinguishers but subsequently only sold component parts of those fire extinguishers. The Court was considering whether the sale of the component parts could be deemed as genuine use in respect of the previously sold entire products and found in the affirmative. It is important to note how precisely in that occasion the CJEU worded its ruling:

“The fact that a mark that is not used for goods newly available on the market but for goods that were sold in the past does not mean that its use is not genuine, if the proprietor makes actual use of the same mark for component parts that are integral to the make-up or structure of such goods, or for goods or services directly connected with the goods previously sold and intended to meet the needs of customers of those goods”

Hence, a situation in which a trader has sold in the past and still sells only spare parts does not appear covered by Ansul. Could it be covered by Testarossa?

The question arises because of how the operative part of the Testarossa judgment seems to distinguish the issue of spare parts and the provision of services connected with the goods: in the former there is no express reference to “goods previously sold under that mark”; in the latter there is:

Even if the foregoing interpretation, easily avoidable if the CJEU had employed the same terms for spare parts and for the provision of connected services, was discounted, Testarossa adds ambiguity by using the broad term “replacement parts or accessories”, as opposed to “component parts that are integral to the make-up or structure of goods” and “goods directly connected with the goods previously sold and intended to meet the needs of customers of those goods” under Ansul. With a little sophistry the category of “accessories” without additional qualifiers can include nearly everything but the kitchen sink.

The Testarossa judgement was rendered with discontinued or legacy products in mind, but it is formulated in a way that leaves the door open for extending the scope of trademark protection to goods for which there had never been any use in the first place and there is no pre-existing goodwill to protect.

Based on Testarossa and its generous wording it would appear, on the “brighter” side, that the CJEU could be amenable to consider as genuine not only use on replacement parts or accessories, but also on technologically evolved versions of goods previously in use, covering the not infrequent situations where a trademark is registered for e.g. “books”, but later used for “digital books”; registered for “CDs” but used for “streaming of audio on the Internet”; registered for “pencils” but used for “digital pencils”. Testarossa does not appear to address this specific issue as the new goods are neither replacement parts nor accessories per se. A category of equivalent goods or services would come in handy in support of brand owners who wish to modernize their offering due to technology advances without losing prior rights covering “siblings” of their discontinued products which share the same underlying content or subject matter.