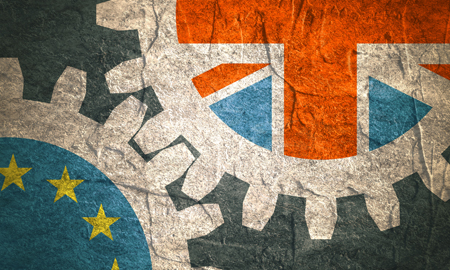 As of 31 January 2020, the United Kingdom (UK) is technically no longer a member of the European Union (EU). However, under the rules set out in the UK’s Withdrawal agreement Act, EU law will continue to apply in the UK during a transition period running from 1 February to 31 December 2020.

It is important to note that the transition period may be extended.

What is meant by EU-wide IP rights

The European patent is not an EU-wide IP right: it is governed by an international patent convention, not by EU law. Therefore the validity of European patents in the UK is in no way affected by Brexit.

Protecting EU-wide IP rights during and after the transition period

As a general rule, given that during the transition period EU law will continue to apply in the UK, EU-wide intellectual property (IP) rights will continue to be protected in the territory of the UK as if that territory were still a part of the EU.

At the end of the transition period, whether or not an agreement between the UK and the EU is in place by then, a UK national trademark or design registration will be automatically created in the UK, identical to the EU-wide one (a “clone” registration), which will take effect as from the filing date of the EU-wide registration.

“Cloned” rights will not be re-examined by the UK Intellectual Property Office (UKIPO) and will enjoy the priority of the EU-wide registration, including any UK seniority claim for trademarks.

The duration of the UK registration will be equal to that of the EU-wide one, and renewal will follow national UK rules. There will be no costs or formalities for the holder of the right.

It will be possible to opt out of the “clone” registration, which will be cancelled as a consequence.

After the end of the transition period, there will be a nine-month period for EU trademark and Community design application owners to apply in the UK for the equivalent protection.

The refiled UK applications will retain the priority dates (including UK seniority for trademarks) from the corresponding EU-wide application.

Trademark use and renown

As with other EU trademarks, upon expiry of the transition period the UKIPO will create a “clone” UK trademark also for collective or certification EU trademarks.  If the regulations governing the use of the collective or certification EU trademark have been filed with the European Union Intellectual Property Office (EUIPO) in a language other than English, it will be necessary to provide an English translation. However, please note that the UKIPO will not automatically import the regulations when the UK national mark is created, therefore there is no need to provide a translation immediately upon expiry of the transition period. The UKIPO will contact the right-holder to request the filing of a translation when it needs to examine the regulations. Failure to provide translated regulations will result in the loss of the right.

The UK government has agreed that unregistered design rights existing under EU law at the end of the transition will continue to be recognised in the UK for the residual term of protection.

The UK government has agreed to ensure continued protection in the UK for international trademark registrations under the Madrid system which designate the EU and which have been registered before the end of the transition period.

Holders of geographical indications protected in the EU at the end of the transition period will be entitled to continue use of the geographical indication in the UK without re-examination and will be granted at least the same level of protection as provided under EU law. This applies only unless otherwise agreed by the UK and EU in the future.

Supplementary protection certificates (SPCs) are governed by EU legislation, but are applied for and granted as individual national rights. Applications for SPCs that are pending in the UK at the end of the transition period will enjoy the same level of protection as granted SPCs.