The European Commission has proposed the introduction of an SPC waiver aiming to make European Union-based generic and biosimilar manufacturers more competitive on the global market; however there is concern that the change in the patent protection rules for medicinal products could hurt Europe’s ability to attract investors in medical and pharma research.

The European Commission published on 28 May 2018 a proposal to amend European Union legislation on Supplementary Protection Certificates.

Under European Regulation 469/2006, the Supplementary Protection Certificate (SPC) extends by a certain term the patent protection for medicinal products that have undergone the testing and clinical trials needed to obtain a marketing authorisation.

The European SPC is based on the idea that by extending the patent’s duration, the developers of the original product are compensated for the loss of revenue suffered during the long process of obtaining a marketing authorisation. 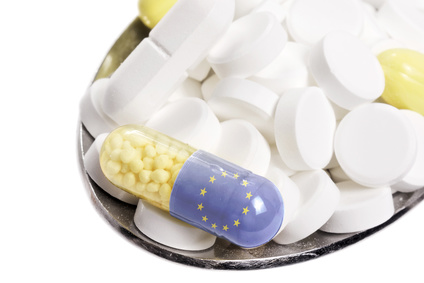 The European Commission maintains that current SPC legislation puts EU manufacturers of generic and biosimilar products at a disadvantage with regard to non-EU-based industry, since EU-based manufacturers of generics and biosimilars cannot produce for markets where the original product has no protection, and they cannot build up a stock of generic product to be immediately saleable as soon as the SPC term expires.

If the proposal is adopted it will introduce a so-called “SPC waiver” allowing EU-based manufacturers to make generic or biosimilar versions of patented medicines during the term of the SPC, upon condition that the product is manufactured exclusively for export to non-EU markets where the original product is no longer, or has never been, protected.

The waiver, according to the European Commission, would generate extra growth and create new jobs and encourage EU generics manufacturers to keep producing inside the EU.

The European Federation of Pharmaceutical Industries and Associations (EFPIA), representing 40 of the strongest investors in life science research and development in Europe, immediately released a statement, voicing its concern with the proposal.

EFPIA contends that Europe has long benefited from being a global leader in medical innovation thanks to a framework of intellectual property provisions and incentives that encourage investors and companies to invest in European medical and pharmaceutical research. The Commission’s proposal would put Europe at a serious disadvantage in the global race to attract life science investments.

On the other hand Medicines for Europe, representing European generic and biosimilars companies, welcomes the European Commission’s intention to introduce an SPC waiver, but points out that the published version of the proposal, if approved, would not actually allow the production in the EU of a stock of generics and biosimilars in preparation for sales upon expiry of the SPC on the original product.

All that can be said at this stage is that the European Commission’s proposal will now be submitted to the European Parliament for discussion, and should it become a law of the European Union, it will most likely have undergone a certain amount of change along the way.

Stay tuned for further updates on the proposed SPC waiver.