Posted by Laura Ercoli on Wednesday May 27th, 2020

Is the European Patent Office entitled to introduce new rules that change the interpretation of EPC provisions? The answer of the EPO’s own Enlarged Board of Appeal in case G-3/19 “Pepper” is a masterpiece of byzantine wording.

On 14 May 2020 the Enlarged Board of Appeal (EBA) of the European Patent Office (EPO) issued its opinion in case G-3/19 (hereinafter “Pepper”), concerning the patentability under the European Patent Convention (EPC) of plants and animals obtained by an essentially biological process. 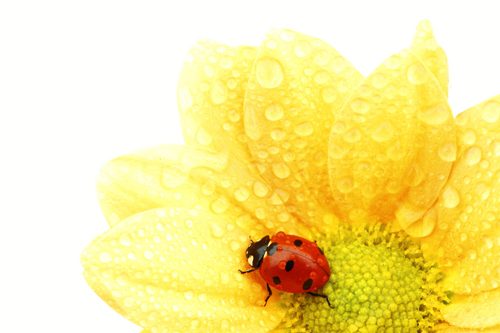 Under Article 53(b) EPC European patents cannot be granted for plant or animal varieties or essentially biological processes for the production of plants or animals.

The EBA’s interpretation of Article 53(b) raised some objections in Europe, and in November 2016 the European Commission published a notice stating that although European Union legislation on biotechnological inventions (Directive 98/44) does not exclude from patentability of plants and animals obtained by essentially biological processes, it was the European legislator’s intention that such legislation should provide for such an exclusion.

It must be noted here that the EPO is not a European Union institution, and that the European Patent Convention can be amended only by a diplomatic conference or by unanimous consent of all member states.

However the Rules of the European Patent Convention’s Implementing Regulations can be amended by the Administrative Council of the EPO.

So in 2017 Rule 28 of the Implementing Regulations was amended by the A.C. with addition of point (2), to provide specifically that “European patents shall not be granted in respect of plants or animals exclusively obtained by means of an essentially biological process”. The new rule took effect as from 1 July 2017 (read more here).

In December 2018 the Technical Board of Appeal of the EPO held in its decision T-1063/18 that a conflict existed between Art. 53 (b) EPC as interpreted by the EBA’s decision in Tomato II and the new Rule 28(2) EPC as amended by the EPO’s Administrative Council.

The President of the EPO referred the case to the EBA.

The EBA’s opinion in “Pepper”

The question that the EPO’s President referred to the EBA was essentially whether the Administrative Council is allowed to amend the Rules of the EPC’s Implementing Regulations.

The EBA considered the question too broad.

Its somewhat surprising approach was therefore to reformulate the question before declaring it admissible. The question that the EBA considered admissible was, essentially, whether the interpretation of the provisions of the EPC can change pursuant to amendments of the Rules.

The reformulation allowed the EBA to stand its ground on questions of principle while avoiding a head-on conflict with the Administrative Council and, indirectly, with the European Commission.

Therefore the EBA’s opinion in “Pepper” on the one hand points out that the EPO is not bound by European Union law, and that answering the EPO President’s original question positively would have been tantamount to admitting the possibility of circumventing the statutory procedures for amending the EPC itself.

On the other hand, the EBA takes the view that Article 53(b) (which prohibits the patenting of essentially biological processes for the production of plants or animals) is not incompatible with the amended Rule 28 (2), and that the interpretation of EPC provisions can change in time: “when now interpreting Article 53(b) EPC” the EBA “cannot ignore” the decision of the EPO’s Administrative Council to amend Rule 28 of the Implementing Regulations, since “the legal and factual situation underlying decision G2-/12 (Tomato II) has substantially changed”.

Therefore the EBA, while not disowning its own interpretation of Article 53(b) handed down in Tomato II, essentially admits that the previous interpretation of an Article of the EPC can be modified or even reversed pursuant to the amendment of a Rule of the Implementing Regulations.

Of course the byzantine approach of the EBA does not solve the problem that the interpretations of the Article 53(b) given in the “Tomato II” and “Pepper” cases are in conflict. Moreover, although the EBA declined to answer the original question, the “Pepper” opinion of the EBA does appear to accept that the amendment by the EPO’s Administrative Council of a Rule of the Implementing Regulation can completely reverse the meaning of a provision of the EPC, de facto amending an EPC provision without the unanimous agreement of EPC member states, or the diplomatic conference, which the EPC statutory procedures require.