The NFT boom started in 2021 is already generating intellectual property disputes: here’s what you need to know to understand the NFT phenomenon and adopt safeguards to prevent the unauthorized use of trademarks, designs and other rights on the new virtual platforms.

“Non-fungible Token” and its acronym NFT were nominated Word of the Year 2021 by the Collins Dictionary, beating other very popular candidates including “crypto” and “metaverse”.

NFTs have actually been around for several years, so why the sudden popularity? 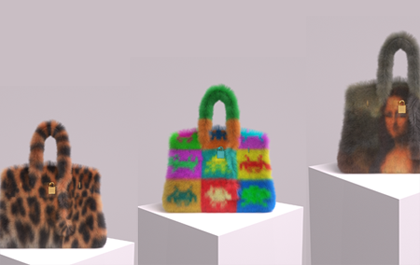 The answer lies in the very high sales values NFTs have reached in recent months and in the attention the media has  given both to the transactions themselves and to the intellectual property disputes that have ensued in some cases.

Over the course of 2021, just to quote a few examples, a digital work of the artist known as Beeple sold for over 69 million USD, the first tweet from Twitter CEO Jack Dorsey fetched over 2.9 million USD and some NBA Top Shots (video recordings of NBA basketball game moments) were traded for hundreds of thousands of USD.

So the attention is due to the discovery of the economic potential of the NFT and to the first examples of its exploitation. But why now?

To answer that question, first of all we need to understand what an NFT is.

What is a digital token

A digital token (henceforth, “token”) is a digital certificate registered on blockchain that uniquely identifies the ownership of a digital asset.

Essentially it is a digital asset, based on blockchain technology and containing rules (called smart contracts), which can be used to represent fungible assets, meaning assets that have no individuality at the single unit level, have a defined value and are interchangeable; think for example of a one-euro coin, which can be replaced by another one-euro coin.

A token can represent many types of fungible assets, such as stocks, oil, wheat, cryptocurrency and much more, and in many cases is itself fungible, meaning it can be exchanged for another token of the same kind.

What is a Non-fungible Token or NFT

The Non-fungible Token (called NFT) was created essentially in order to make the principle of the digital token applicable to non-fungible goods, meaning goods that are unique or scarcely available and not interchangeable; NFTs are used above all to “tokenize” unique digital content, including digital works of art, audio recordings, videos, images and memes.

An NFT is therefore a token that certifies the ownership of a non-fungible asset; like the asset to which it refers, the NFT is normally non-fungible, meaning that it cannot be exchanged with another NFT.

The NFT must identify, at a minimum, the asset itself (for example the digital artwork, usually via a link) and its owner; but it may also contain a smart contract that specifies the terms of the transfer of ownership and can include automatic mechanisms, such as the payment of a percentage to the seller on the increase in the price of each further sale of the NFT (so-called resale right). This allows the NFT’s creator to automatically monetize the growth in value of the NFT as it passes from one owner to the next.

It should be emphasized that the purchase of an NFT does not necessarily involve a trasfer of the ownership of the digital asset to which it refers, or of any right on the asset, including intellectual property rights.

For example, the purchaser of the NFT of Jack Dorsey’s first tweet did not acquire ownership of the original tweet, nor is the buyer allowed to reproduce the tweet for commercial purposes such as merchandising.

For the most common types of NFT (which do not contain the work itself but identify it for example through a link, and do not provide for the transfer of intellectual property rights) the purchase can be compared to that of a print or a limited edition photo: the NFT certifies the ownership of one of the few available digital copies of an original.

However, owing to misleading information, there have been several cases of NFT transactions in which buyers believed they were acquiring rights not envisaged in the smart contract or in any other agreement with the sellers.

Since blockchain technology is not new and the first NFTs date back several years, two possible reasons why the market has only very recently discovered the economic potential of NFTs are first and foremost the acceleration of the development of e-commerce, to which repeated lockdown periods during the 2020-2021 global health emergencies have contributed; but undoubtedly the popularity of NFTs has grown also thanks to their role in online gaming, an expanding sector that is already worth more that the music and film industries put together.

Several recent legal disputes have arisen recently in the United States from the sale of NFTs related to assets protected by trademark rights: among the latest is the lawsuit brought by Nike against the reselling platform StockX following the unauthorized sale of 500 NFTs referring to Nike-branded sneakers. Since these NFTs include links to the image and name of Nike branded products, Nike argues that the NFTs infringe as well as dilute the trademark and are a false indication of origin. Furthermore, the offending NFTs are indeed linked to a pair of real sneakers, as they give the buyer the right to demand the physical product from StockX, but they can still be exchanged as digital goods if the right to withdraw the physical product has not been exercised. So are StockX NFTs comparable to a digital receipt for the purchase of a pair of shoes – and therefore part of a normal sales process – or are they stand-alone products that unlawfully use someone else’s trademark?

Another case saw the fashion house Hermès, owner of the intellectual property rights on the renowned model of the Birkin bag, sue to prevent artist Mason Rothschild from marketing NFTs connected to digital images that reproduce in a recognizable way, and without permission from Hermès, the Birkin bag with differences in the material (synthetic fur), colours and decorations. The NFTs had been sold, under the name MetaBirkin, at prices close to those of a real Birkin bag. Hermès accused the artist of trademark infringement. The artist claimed that the images he produces enjoy the protection reserved for works of art by the First amendment of the Constitution of the United States of America. Are MetaBirkins works of art, or are they just a means of illegally exploiting the reputation of the Hermès bag? In this case, a New York court has already issued a first decision.

In November 2021, the renowned American film director Quentin Tarantino announced his intention to market a series of NFTs containing fragments of the original screenplay, enhanced with audio commentary by the director himself, of some of the most famous scenes of Pulp Fiction, Tarantino’s most successful film dating back to 1994. 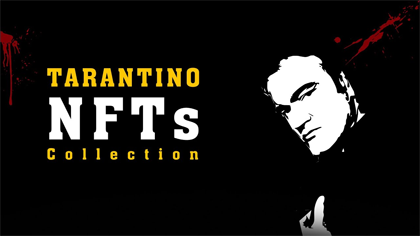 Miramax, the film’s producer, immediately cautioned Tarantino against proceeding, arguing that the sale of the NFTs would infringe the rights to the script belonging to Miramax enshrined in the contract signed at the time by the director.

The image of the home page of the tarantinonfts.com site

In January 2022 Tarantino sold the first NFT for over a million USD and shortly afterwards opened a website dedicated to the collection of contested NFTs.

In the meantime, Miramax brought legal proceedings in the United States against Tarantino for trademark and copyright infringement. The director claims that while Miramax does hold copyrights on the film, such rights do not extend to the screenplay, therefore the signed contract does not prevent him from producing and marketing the disputed NFTs.

Clearly NFTs are creating entirely new situations in which intellectual property rules may be hard to enforce especially where registrations, protection, agreements and contracts were put in place before the market potential of NFTs emerged.

Update the protection of trademarks, designs and any contracts

It is hard to foresee how long the NFT phenomenon may last, but in general it is clear that the massive investments in new virtual platforms (see for example the recent CNBC interview with Mark Zuckerberg) are aimed above all at offering companies more and new commercial and branding opportunities, which are bound to bring new challenges for the protection of intellectual property.

As already highlighted in our recent article The metaverse, trademarks and intellectual property: opportunities and risks, it is therefore increasingly advisable to consider extending the protection of registered trademarks and designs to cover virtual products and services as well as NFTs: thousands of companies that have already done so, including Nike itself.

Measures to be considered include:

Of course adopting further measures and strategies may be advisable case by case.