The Court of Justice of the European Union has ruled against the validity of the “Rubik’s cube” 3-D trademark: shapes cannot be registered in the EU if they have a technical functionality, even if these are not apparent in the trademark representation included in the application.

Seven Towns, a toy and game company, owns a EU 3-D trademark registration for the graphic representation (see below) of the what is well known to the general public as “Rubik’s cube”. The registration covers “Three-dimensional puzzles” in Class 28. 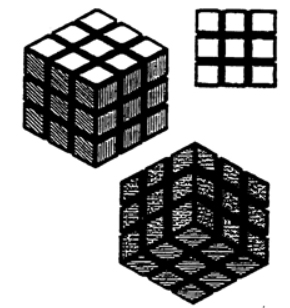 Competitor Simba Toys filed an application for a declaration of invalidity of the 3-D trademark registration, that was rejected by the Cancellation Division of the EUIPO, a decision confirmed by the Board of Appeal of the EUIPO.

After an unsuccessful appeal to the General Court of the European Union (GC), Simba Toys took the case before the Court of Justice of the European Union (CJ), claiming that the GC’s decision had incorrectly applied Article 7(1)(e)(ii) of EU Regulation No 40/94, that excludes from registration signs consisting exclusively of the shape of goods which is necessary to obtain a technical result.

In the appellant’s view, the GC had erred in holding that the above provision did not apply to the trademark registration at issue, in essence for two reasons: it had found that the provision can be applied only if a technical result can be inferred from the representation of the mark; it had interpreted the notion of  “technical result” too narrowly, taking the view that the grid structure on the surfaces of the cube had no technical function.

The CJ issued its decision in case C-30/15 P on 10 November 2016, setting aside the judgment of the GC and annulling the decision of the EUIPO’s Board of Appeal.
The CJ found that the GC had interpreted too narrowly the criteria for assessing the applicability of Article 7(1)(e)(ii) of EU Regulation No 40/94, in that it took the view that such an assessment must be based essentially on the graphical representation of the shape registered as a trademark, without necessarily taking into consideration any additional circumstances that cannot immediately be inferred from the representation – such as the rotating capability of elements of the cube.

Finally, the GC should have examined the functionality of the essential characteristics of the sign, namely the cube and grid structure on each face of the cube, in order to prevent the mark’s owner from broadening the scope of the protection arising from the registration to cover every type of puzzle with a similar shape, regardless of the principles by which it functions.