According to Taylor Wessing’s Global Intellectual Property Index, more time and money is being spent on intellectual property and cost-effectiveness of enforcement is a top priority in ranking jurisdictions, but with regard to patents the availability of competent legal advisors is key, ahead of cost concerns. 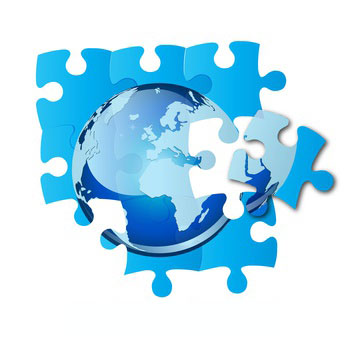 The publication’s forward note points out how the answers of the interviewees highlight the rising importance of intellectual property, with most respondents confirming that they are investing more time and money on IP, in spite of the recession that many economies are still recovering from.

Another interesting point is the importance of costs in the respondents’ answers. Since IP spending is on the rise there is an emphasis on cost reduction and notably on cost-effectiveness of enforcement of IP rights in all areas of IP, with one exception. With regard to patents only, respondents showed that the top priorities, ahead of costs, is access to good advice, followed by the specialisation and competence of judges, the speed of decisions and procedures as well as by the predictability of results.

Overall ranking
The GIPI’s first table tanks jurisdictions on the basis of intellectual property in general. The first three countries are The Netherlands, Germany and the United Kingdom. Italy ranks 21st along with Poland. The USA is in 24th place, a fall with regard to previous rankings. China ranks 39th, also losing ground with respect to previous editions.

Trademarks
Germany, The Netherlands and the United Kingdom lead the rankings, with every jurisdiction in the top half of this index falling with regard to the previous edition of the GIPI except two: Italy and the European Union.

Italy moved up from 22nd to 17th, gaining seven places (ignoring new jurisdictions not previously ranked). The comment on Italy’s rise is that “despite high rates of counterfeiting, recent case law indicates that reasonable remedies are generally available for standard trademark violations when cases make it to court. This is also in line with Italy gaining points in the categories of trademark exploitation (+28) and enforcement (+17).”

The USA is 15th, losing five positions, and China is 43rd, losing six.

Patents
The United Kingdom, Germany and The Netherlands top the patent ranking. According to the GIPI, the world of patents is looking up, considering the results of previous editions: over half the ranked countries have improved their overall score. But while in previous editions respondents’ priorities were consistency in court decision and cost-effectiveness in proceedings, this year the top factor was the availability of competent legal advisors.

Italy, in 19th position, is up two places, while the US comes 10th and China is 28th, down by two positions. Notably, the European Patent Office falls from 9th to 15th place, both for obtaining patents and challenging validity. The guide explains this with the publicity given to EPO’s internal political difficulties at a time when the office is to take on the new responsibility of managing Unitary Patent applications.

Copyrights
The Netherlands, Germany and Canada take the first three places of the copyright ranking. Italy is in 20th place, the US falls from 2nd to 16th – partly because of the poor cost effectiveness of enforcement –  and China loses three positions ending up in 35th.

Designs
The first seven ranked countries are European ones, headed by the European Union, The Netherlands and Germany, Italy ranks 15th. China is in 29th position while the USA falls from 25th to 42nd place, probably because of high litigation costs and a system that only protects a narrow range of designs. Another cause could be that when the USA joined the Hague Agreement in 2015 hopes were raised, and dashed, that the range of protectable designs would be increased.