Several important administrative steps taken over the last month, plus signs that an agreement may be within reach for Milan to host the central division formerly assigned to London, make it seem likely that the Unified Patent Court will actually open early in 2023.

Will the Unified Patent Court (UPC) actually open its doors in early 2023, as indicated in the latest official UPC communique? At the moment it seems reasonable, considering the important decisions taken during the UPC Administrative Committee of 8 July 2022, coupled with strong signs that the stalemate concerning the reassignment of London’s UPC central division has come to an end. 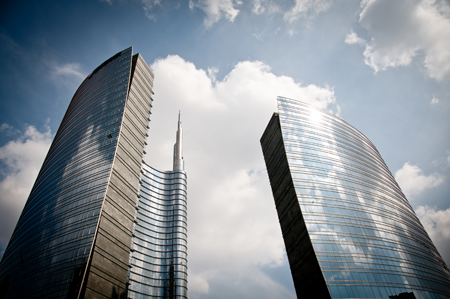 According to respected IP news outlets, at the end of July The Netherlands confirmed that it will no longer pursue its bid to host the UPC’s central division for life sciences cases formerly assigned to London.

After the United Kingdom’s withdrawal from the UPC, Italy had claimed the right to host the central division on the ground of Article 89 of the UPC Agreement, which assigns central divisions to the three EU member states with the highest number of European patents in force in the year 2012. At the time of the UK’s withdrawal no agreement was reached on the matter, so a temporary solution was adopted to share the duties of London’s central division among the other two, based in Munich and Paris respectively.

According to rumours circulated earlier this year, the Dutch prime minister had promised Mario Draghi that The Netherlands would give up its ambition of bringing the disputed central division to The Hague; a spokesperson for the Dutch Ministry of the Economy has now confirmed that the government is no longer interested in pursuing the matter.

A major obstacle on Milan’s path has therefore been removed, and a final and official decision on the seat of the UPC’s third central division is expected soon.

UPC rules of procedure and table of fees approved

New versions of the two documents consolidating the amendments will come into force on 1 September 2022.

Below is our list of noteworthy amendments to the Rules of Procedure.

Rule 5 – opting out of the UPC

Under the previous version of Rule 5, requests to opt a patent out of the UPC’s jurisdiction were to be made in respect of all UPC states for which the European patent is granted or that have been designated in the application.

The new version of Rule 5 sets forth that requests to opt out, as well as those to opt back in, will apply to all states of the European Patent Organisation, which includes EU member states that are not participating in the UPC (Croatia, Poland and Spain) as well as states that are not even members of the EU (Norway, Turkey, Switzerland and the United Kingdom).

This change will make opt-out requests more laborious, and some commentators have found it hard to fathom the reason for extending UPC opt-out request to EU states that do not intend to join the UPC (joining is by no means a quick process) as well as to states that cannot do so in any case because they are not EU members. The official explanation is that the previous wording was “inconsistent with the indivisibility of the application to opt out” and implied “that the UPC solely has jurisdiction over UPCA states, which is not the case”.

The UPC’s case management system does not check the identity of owners of applications concerning requests to opt out of, or back into, the UPC’s jurisdiction. The new rule adds a mechanism to deal with unauthorised opt-outs or withdrawals upon request of the patent owner or applicant.

Under the new version of this rule, decisions and orders of the court will be published automatically on line, after redaction of any personal or confidential information under EU privacy law. Pleadings and evidence documents will be listed on line, but will only be accessible upon reasoned request, to be decided by the judge-rapporteur after consulting the parties. The previous version of the rule provided that such documents were to be made available to the public unless a party requested that they be classified as confidential.

This rule concerns the limitation of disclosure of information to the other party (not merely to the general public, see previous paragraph). A party may request that certain information contained in its pleadings or the collection and use of evidence in proceedings may be restricted or prohibited or that access to such information or evidence be restricted to specific persons.

The court may grant the request considering in particular whether the grounds relied upon by the applicant for the order significantly outweigh the interest of the other party to have full access to the information and evidence in question. In any case, at least one person from both parties, as well as respective lawyers and representatives, must have access to the information for which the request is filed.

The amended rule allows the use of videoconferencing in main oral hearings under certain circumstances.

During the meeting of 8 July 2022 the Administrative Committee confirmed that local and regional UPC divisions are to be set up at the following locations:

The committee also adopted the Organisational Rules of the Patent Mediation and Arbitration Centre.