In a case involving imitations of the well-known Thun ceramic gift items, the Milan district court holds that the continual and systematic imitation of Thun’s business choices and initiatives, coupled with the reproduction of the elements of its designs that enable the public to recognise them as originating from that company, amounts to unfair competition as well as counterfeiting of registered designs and copyrights.

Italian manufacturer of ceramic gift items Thun S.p.A. (Thun) brought an action against competitor Due Esse Distribuzioni S.r.l. (Due Esse) claiming that the company had sold copycat imitations of several of its designs. 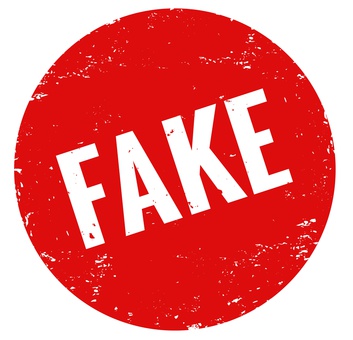 The court first of all confirmed the validity of the registered designs held by Thun for many of the products involved, then proceeded to find that Thun’s products possess creative character and artistic value, and are therefore eligible for protection under Italian copyright law’s Article 2(10), that extends copyright protection to industrial designs.

Thun had requested the court to declare its works eligible for protection under Article 2(4) of Italian copyright law, that concerns works of sculpture and figurative arts.

Thun’s creations, according to the court, cannot be considered works of sculpture. Though acknowledging that the notion that a sculpture is something which must be created in a single specimen is by now outdated, the court took the view that Thun’s works are to be considered industrial designs because they are mass-produced in undetermined quantities and sold in shops that deal in furniture, gift items, stationery and the like.

The court upheld Thun’s claim of counterfeiting, finding that the products sold by Due Esse imitated Thun’s items by reproducing their subjects, style and expression from the point of view of both overall impression and detail.

The court ruled out that the inferior quality of the Due Esse products had any relevance, because consumers do not carry out a direct comparison between the original and the imitation, but recognise the distinctive traits of the original in the imitation product.

Lastly, the court upheld the unfair competition and slavish imitation claims, finding that Due Esse’s products differed from the originals only in negligible details, and caused confusion in consumers as to the origin of the products because they reproduced the elements of Thun’s items that allow the public to identify their origin instantly.

The number of designs imitated over time proved that by intentionally reproducing the styles chosen by Thun, Due Esse had followed in its competitor’s footsteps continuously and systematically, causing detriment to its competitor.

The court therefore ordered Due Esse to pay damages as well as legal expenses.

The decision also ordered that the products infringing Thun’s design rights and copyrights be withdrawn from the market and destroyed, forbade their importation and sale and set a penalty for any breach of the order or delay in executing it.

Lastly, the court ordered that the court’s orders must be published on Vanity Fair magazine and on the home page of Due Esse’s web site.