On 10 March 2021 the Enlarged Board of Appeal (EBoA) of the European Patent Office (EPO) issued decision G1/19 concerning the assessment of inventive step for computer-implemented simulation methods. 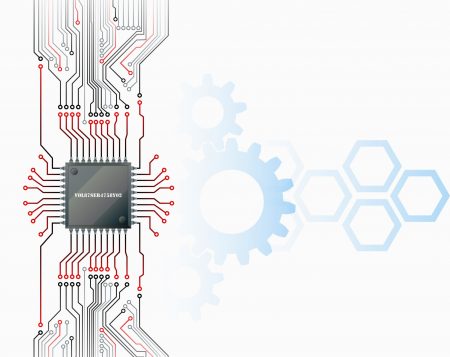 G1/19 is based upon appeal No. T0489/14 relating to the patentability of a method of simulating movements of pedestrians in an environment like, e.g., a building. The claimed method includes also features pertaining to a pedestrian’s personal profile (e.g. a preferred walking speed or step length).

Accordingly, G1/19 explicitly rules out that claiming the simulation steps as part of a designing method makes a difference in assessing patentability (Headnote 3).

Consistently, G1/19 establishes that a simulation method without an output having a direct link with physical reality may still solve a technical problem (par. 139).

In answering referred Question 2 – which is related to the criteria for assessing inventive step – G1/19 confirms the applicability of the so-called “two-hurdle approach” to computer-implemented simulation methods and systems. According to said approach, for a computer-implemented invention to be patentable a first, eligibility hurdle under Art. 52(2) EPC and a second, inventive step hurdle under Art. 56 EPC have to be overcome. The emphasis of the EPO has shifted, over the years, to the second hurdle, because the first one is overcome simply by reciting “any hardware” in the claim (including, of course, a computer – see, e.g., references in G3/08).

In conjunction with the contributing features in case of a claim directed to a simulation method or system, G1/19 establishes that the “technicality” of the system being simulated is not sufficient, per se, to confer technical character to the claimed solution. In the words of the Decision, the aforementioned “further technical effect” is not necessarily conferred by the fact that “the simulation is based, in whole or in part, on technical principles underlying the simulated system or process” (Headnote 2).

In addition, G1/19 makes a distinction between the “potential” technical effect implied by a software claimed per se, which effect necessarily occurs when the software is run on a computer, and a calculated or virtual technical effect as associated with a claim directed to the simulation of a (technical) system. According to G1/19, calculated technical effects of a simulated system, as well as algorithms used in the simulation process, can contribute to the technicality of the invention if they are related to its specific technical use or purpose (par.s 98,112).

In the opinion of the authors, while on the one hand G1/19 puts serious constraints to patentability of simulation methods, on the other hand it makes thinner the significance of the simulated system being technical or not. In particular, this distinction does not appear to make a priori a true difference when determining whether or not the simulated system can be regarded as contributing to the solution of a technical problem. In particular, G1/19 states that “[a] numerical simulation which contributes to the technical solution of a technical problem may even reflect non-technical aspects, such as human behaviours, which can be described, for example, by game theory models” (par. 142).

In line with the above, the EBoA also acknowledges that “any definition of a technical invention may have to be extended in the course of time in order to accommodate new technical or scientific developments or to reflect societal changes” (par. 77).

You may nor may not be in agreement with the specific conclusions of G1/19, but this latter statement is, in our view, a good omen for a proper development of the patent system (in line with Art. 27 of the TRIPS Agreement).

Any questions about  decision G1/19? Our European Patent Attorneys Giuseppe Romano, Gaetano Barbaro and Elisabetta Papa will be happy to answer them, please contact us.