An American entrepreneur, supported by an international team of attorneys, has filed a number of patent applications and appeals worldwide to support the idea that it should be possible to designate an artificial intelligence system as the inventor in a patent application: while success has been so far limited to South Africa and Australia, appeals are pending in the United States and before the European Patent Office.

Patents for inventions in the field of Artificial Intelligence (AI), or for inventions obtained by employing AI systems, exist worldwide in large, and growing, numbers. 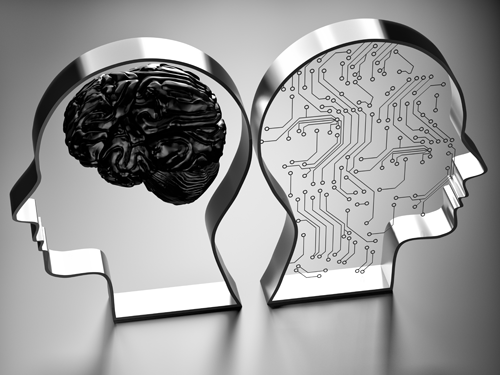 Over the last few weeks two events have put into the spotlight a very specific question concerning the future of patenting inventions developed using an AI system: can such an AI system be designated as the inventor in a patent application?

Both events concern the patent applications filed by the US company Imagination Engines’ CEO Steven Thaler in which the designated inventor is an AI system named DABUS (Device for Autonomous Bootstrapping of Unified Sentience).

The first event was the granting of the world’s first patent with an AI system as the inventor by the South African patent authority: the owner of the patent is indeed Mr. Thaler.

The patent was published on 28 July 2021. Notwithstanding the media publicity, the office released no comment. It should be noted that the South African patent authority does not perform a substantial examination of applications; doubts have been raised about whether the designation of an AI system as the inventor in the patent application was noted at all.

The Australian intellectual property office had rejected Mr. Thaler’s application, pointing out that when the inventor and the owner of the application do not coincide, it is necessary for the owner to obtain the transfer of ownership of the invention from the inventor; however a machine cannot own property and can therefore not transfer it. In addition, the office pointed out that Australian patent law requires the inventor to be a human.

Mr. Thaler appealed the decision of the office, as he has done in other states in which his applications have been rejected.

According to the court Mr. Thaler is the owner of the invention because he owns and controls not only the DABUS but also the code employed by it; therefore Mr. Thaler also owns the output of the DABUS, including the invention for which patent protection is sought.

The court thus held that an AI system can be designated as the inventor, but not as the owner, in a patent application.

The decision points out that such an interpretation is based, inter alia, on the spirit of Australian patent law, which is to encourage innovation. The court wished to steer clear of causing a legislative void by denying the existence of an owner for inventions created by an AI system, because such a void would exclude those inventions from patentability in Australia.

The point of the DABUS patents: stimulating the discussion on patents and artificial intelligence

Mr. Thaler has filed appeals that are still pending also in the United States, in the United Kingdom and before the European Patent Office (EPO). In all three of these jurisdictions Mr. Thaler’s patent application was rejected because applicable laws require, either explicitly or implicitly, that the inventor be a human (the UKIPO also raised the same objection as the Australian office concerning the inability of a machine to own an invention and therefore to transfer its ownership).

The declared intent of the international campaign of patent applications and appeals, conducted by Mr. Thaler, with the assistance of an international team of attorneys, is to show that laws defining the inventor for the purpose of granting a patent do not, as things stand, take into account the increasingly important role played by AI in developing innovative solutions.

Update: on 21 September 2021 the Court of Appeal of England and Wales confirmed the earlier ruling of the High Court upholding the UKIPO’s decision to reject Mr. Thaler’s patent applications. It is likely, however, that the Supreme Court will be asked to rule on the case (more here).

Update: on 21 December 2021 the Legal Board of Appeal of the European Patent Office announced its decision to dismiss Mr. Thaler’s appeal against the office’s refusal of two patent applications in which the artificial intelligence system known as DABUS was designated as the inventor (more here).

It must be added that an international, wide-ranging debate on the future of patent protection in the light of the development of AI has been ongoing for the last five years at least. Discussions are engaging many stakeholders such as legislators, IP attorney associations, intellectual property protection systems users and the authorities managing such systems at a national, regional and international level.

The EPO’s position on artificial intelligence as an inventor

As far as Europe is concerned, the EPO held two international conferences on patents for AI in mid-2018 and at end 2020 respectively; it has also carried out consultations with the member states of the European Patent Convention and commissioned several studies, including the particularly relevant one in the case at issue titled AI inventorship in inventions involving AI activity, dated 2019.

It will be interesting to follow developments in the appeals concerning the DABUS patent applications, that certainly have the merit of stimulating the ongoing discussion on the future of patent protection in the light of the growing use of AI in the development of innovation.