The impact of the Brexit referendum on Unified Patent Court preparations is starting to be felt as the UK government fails to give clear signs of taking steps to leave the European Union; so is an immediate deposit of the instrument of ratification of the Unified Patent Court Agreement the best option for Italy?

The Italian bill authorising ratification of the Unified Patent Court Agreement (UPCA) was definitively approved with a vote of the Italian Senate vote on 18 October 2016 (read the approved text here).

The last formal act still needed for ratification is a notification addressed to the European Commission. 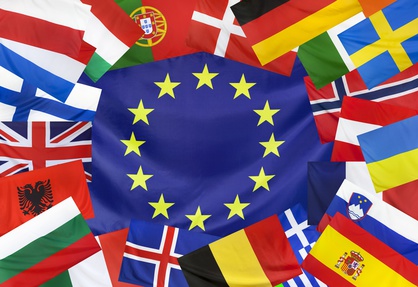 But what stage have Unified Patent Court (UPC) preparations reached? Can the UPCA realistically come into force in early 2017 as per the official schedule?

The result of the referendum on the United Kingdom’s membership in the European Union is starting to have an impact on UPC preparation activities, in spite of the optimism shown by the President of the European Patent Office after the vote: on 17 October the UPC Preparatory Committee announced that in the light of the result of the referendum in the UK the procedure for the appointment of judges has been re-scheduled – but no indication has been given so far as to how much delay this will cause.

It is undeniable, even without taking into consideration the political aspects, that the likely exit of the United Kingdom from the European Union raises fundamental legal issues for the future of the UPC and of the unitary patent.

Brexit’s impact on the UPC
The UPCA establishes a supranational court competent for unitary and European patents, with central divisions in Munich (Germany), Paris (France) and London (United Kingdom), as well as local divisions in UPCA member states with a sufficient record of patent court cases. Italy is one of the countries that will host a local division, which now has an actual address in Milan.

Both hypotheses require amendments of the UPCA: substantial in the first case, for the purpose of allowing the participation of a state that is not a member of the European Union; marginal in the second case, to transfer London’s central division to another country.

However, any amendment to the UPCA requires the approval of all participating states. ANd in any case, amending the UPCA would annul the eleven ratifications that have already been notified to the European Commission; restarting the process of approving a new agreement and getting it ratified by signatory states would take years.

It therefore appears that, in the light of UPCA rules, the only scenario in which the UPC can actually begin operations in the short term is one in which the United Kingdom decides to remain within the European Union.

So should Italy ratify the UPCA now?
Should the United Kingdom decide to leave the European Union, this would make Italy’s ratification indispensable for the UPCA’s entry into force.
Under the UPCA’s Article 89(1) conditions entry into force upon ratification by the three European Union member states that had the highest number of valid European patents in 2012 (France, Germany and the United Kingdom) as well as by ten other signatory states.

Should the United Kingdom cease to be a member of the European Union, Italy would automatically become the third member state whose ratification is mandatory to trigger the UPCA’s entry into force, because in 2012 Italy was the third EU member state with the highest number of valid European patents.

Beyond the above-mentioned legal issues that will have to be addressed in case of a Brexit, it is doubtful whether it is in Italy’s best interest to notify its ratification (Germany, which is another decisive country, has not yet done so) while the government of the United Kingdom has not yet given clear indications about when and how it intends to trigger the procedure to leave the European Union.

By ratifying now, Italy would be giving up its chance of holding the balance of power.