In one of the first decisions issued by an Italian court concerning trademarks and NFTs, the Rome District Court has granted injuntive relief against the production and sale of unauthorised NFTs reproducing trademarks owned by Juventus Football Club S.p.A. and registered for use in virtual contexts such as online gaming, blockchain, NFTs and the metaverse. 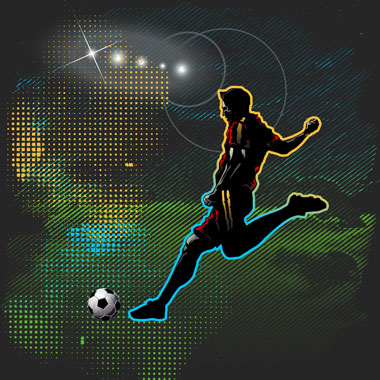 Italian company Blockeras S.r.l. had created and marketed a number of NFTs (Non Fungible Tokens) and other digital content that included a photograph of the former football player Christian (a.k.a. “Bobo”) Vieri wearing the shirt of the well-known Italian football team Juventus, as well as the name of the team, without obtaining the authorisation of Juventus Football Club.

The club brought an action before the District Court of Rome, claiming infringement of its registered word marks JUVE and JUVENTUS and device mark consisting of the shirt with black and white vertical stripes and bearing two stars on its front.

Juventus asked the court, inter alia, for an urgent measure forbidding the further production and sale of any NFT reproducing the club’s trademarks and ordering the deletion of any online content having the purpose of selling or promoting the sale of the NFTs.

Blockeras opposed the request for an urgent measure, claiming that it had obtained permission from Mr. Vieri concerning the use of his image, that there were no grounds for urgency and arguing that the Juventus trademarks were not registered for virtual products.

The decision of the court

On 20 July 2022 the court granted all of the complainant’s requests, finding that the defendant’s activities at issue were likely to amount to unfair competition as well as misappropriation of the benefits deriving from use of the trademarks, and were likely to damage the football club.

The decision, which is one of the first issued by an Italian Court concerning trademark protection in the metaverse, is founded on the reputation of the Juventus trademarks, on the club’s widespread merchandising activity both online and in branded stores and on the likelihood that the public may believe Blockeras’ products either to originate from Juventus, or to be connected to the club.

Moreover, the court pointed out that having secured Mr. Vieri’s permission to use his image could not rule out the need to also request authorisation to use the registered trademarks of the club whose shirt and name were reproduced on goods intended for sale.

Lastly, the court found that the Juventus trademarks are actually registered in Class 9 of the Nice Classification, with the express indication of downloadable electronic publications, and that the club had shown that it is also active in the area of blockchain-based online games and of NFTs.

Flash news – NFTs and intellectual property, what you need to know to protect your trademarks and designs