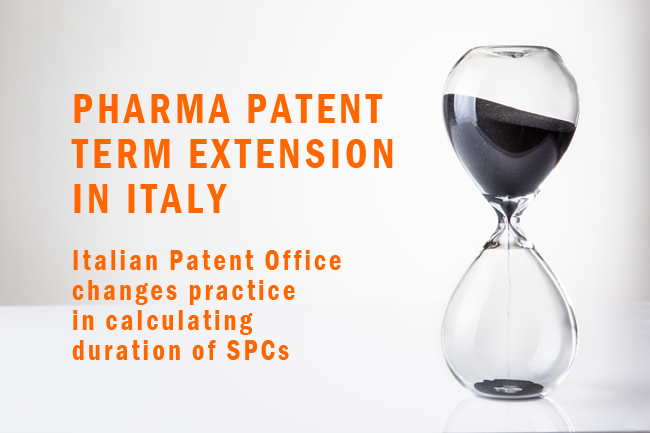 A decision of the Board of Appeals of the Italian Patent and Trademark Office applies to Italy the Seattle Generics ruling of the Court of Justice of the European Union, bringing changes in how the Italian PTO calculates the term of supplementary protection certificates.

The Italian Patent and Trademark Office (IPTO) must change its practice concerning the calculation of the term of supplementary protection certificates (SPCs) for medicinals.

The term of SPCs must run from the date of publication in the Official Journal of the first marketing authorisation issued in the European Union.

The term of Italian SPCs had so far been calculated from the date of issue of the first marketing authorisation in the European Union for the medicinal product.

This, in essence, is the effect of decision No. 11/16 of 18 February 2016 of the Board of Appeals of the Italian Patent and Trademark Office (the BoA) in an appeal brought by Takeda Pharmaceutical Company Limited.

The BoA’s decision applies to national SPCs a very recent judgement of the Court of Justice of the European Union (C-471/14, Seattle Generics vs. the Austrian Patent Office). This important judgement clarifies the interpretation of Article 13(1) of Regulation EC 469/2009 setting forth EU-wide rules on SPCs.

Article 13(1) provides that the SPC’s term shall take effect at the end of the lawful term of the basic patent for a period equal to the period which elapsed between the date on which the application for a basic patent was lodged and the date of the first authorisation to place the product on the market in the European Union, reduced by a period of five years.

The judgement has cleared that the words in Article 13(1) “date of the first authorisation to place the product on the market” must be interpreted as meaning the date on which notification of the decision granting marketing authorisation was given to the addressee of the decision.

The IPTO must therefore calculate the duration of SPCs as from the date of notification to the applicant of the decision to grant the marketing authorisation.

It should be noted that the Italian Supreme Court in a decision of 1999 took the same position of the Court of Justice of the European Union, almost in the same terms.

While the IPTO had so far maintained an interpretation aligned with that of other EU countries, the judgement in case C-471/14 makes it necessary for the IPTO to conform its practice as clarified by the Court of Justice of the European Union.

Depending on individual circumstances, it could be advisable for holders of SPCs issued by the IPTO or of SPC applications filed with the IPTO to request recalculation of the SPC’s term in accordance with this change of practice.

Please contact us if you have any questions on this change of practice at the IPTO.

If the UK leaves the European Union, Italy’s ratification of the UPC Agreement will become mandatory for the unitary patent system to kick off, and Milan will become a candidate to host the Central Division section of the UPC now based in London.

On 23 June 2016 the British will vote in a referendum on whether or not the United Kingdom (UK) should leave the European Union (EU). How would an outcome in favour of leaving the EU affect the Unitary patent system? 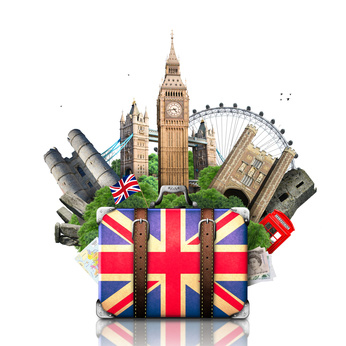 Britain, along with France and Germany, is currently one of the three countries whose ratification of the Unified Patent Court Agreement (UPCA) is mandatory for the UPCA, and indeed the Unitary patent, to come into force.

This is because under Article 89(1) of the UPCA, those three countries are defined as the three EU Member States in which the highest number of European patents had effect in 2012.

According to the statistics available for 2012, about 45% of European patents were valid in Italy, while only about 30% of them were valid in The Netherlands. Therefore should the UK no longer be a EU Member State it is Italy that would replace the UK, not the Netherlands (as many sources have recently stated).

In the event of a Brexit, it is questionable whether London would still be able to host a Central Division section of the UPC. Milan would become one of the candidates for the new location, along with Paris, Munich and The Hague.

The 2015 annual report of European Patent Office is out. European patent applications went up by 4.8% last year, with the largest share of applications originating from the US, Germany, Japan, France and The Netherlands.

The increase could be due at least in part to the Italian patent box provisions introduced in 2015.

TRADEMARKS IN THE EUROPEAN UNION

Part of the European Union trademark reform package came into force on 23 March 2016: trademark holders and applicants must take note of the change of rules regarding claims for products or services.

The new EU Trademark Regulation No. 2015/2424 came into force on 23 March 2016, bringing changes to both the Community trademark (CTM) system and to the national trademark laws of European Union countries.

From the point of view of trademark holders and applicants, the most important change concerns the use of class headings to claim products or services. As from 22 June 2012, following  the decision of the Court of Justice of the European Union in case C-307/10 IP Translator, use of a class heading can no longer be interpreted as providing protection for all products and services in that class. The products and services claimed in the application are to be interpreted literally.

Under the new EU Trademark Regulation, holders of trademarks filed before 22 June 2012 will have a six-month window to amend their claim in order to list precisely what they intended to cover. The window will close on 24 September 2016.

The above applies also to International trademarks designating the European Union.

From Community to European Union trademark

The Community trademark application basic fee included up to three classes of goods. The new EUTM fee schedule sets a separate class fee for each additional class beyond the first, and the same applies for renewals. Thus EUTMs are cheaper than CTMs for registration and renewal in a single class, but more expensive for more than one class.

Holders of registered trademarks have the right to act against infringing products even if they are in transit through the European Union or under suspensive procedure.

The rights of  holders of Denominations of Origin (DOs) and Geographical Indications (GIs) are strengthened. It is possible to oppose the registration and use of trademarks in the European Union on the basis of rights in DOs and GIs. 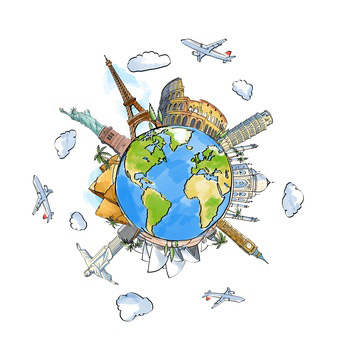