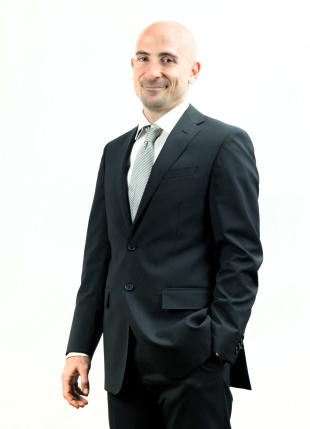 Paolo has a strong background in biochemistry and molecular biology reasearch, acquired in almost 10 years’ work in both public research centres and major pharmaceutical firms, also in cooperation with US research groups.

Since joining SIB in 2008, he has dealt mainly with the filing and prosecution of patents in the fields of chemistry, pharmaceutical chemistry and biotechnology.

Paolo is highly experienced in prosecuting patent applications before the European Patent Office and his practice extends to the defence of patents, including in post-grant opposition proceedings against third-party patents, as well as to overseeing the filing and prosecution of supplementary protection certificates (SPCs). He is also adept at preparing validity opinions and carrying out freedom to operate analyses (FTOs).

Paolo is enrolled with the Register of Court-Appointed Experts on Industrial Property of the Court of Rome.  He also acts as ex-parte expert in patent litigation.

Lecturing and publishing
Paolo has contributed articles on oncology and virology to major international scientific publications. He holds lectures on patent issues in Italy.

Italian, European and other foreign patents in the fields of chemistry, pharmaceutical chemistry and biotechnology. Court expert in patent litigation.

Member of the Ordine dei Consulenti in Proprietà Industriale (Italian Industrial Property Consultants Institute) and of the Institute of Professional Representatives before the European Patent Office.

Italian and European Patent Attorney, Community Design Attorney; enrolled with the Register of Court-Appointed Experts on Industrial Property of the Court of Rome. In 2016 he participated in the University of Milan’s Advanced Course in patenting accredited for the release of Patent Litigator Certificate for the upcoming Unified Patent Court (UPC).