All new products or procedures in any technical sector are patentable if they possess novelty, inventiveness and industrial applicability.  Methods for surgical or therapeutic treatment, diagnostic methods applied to the human or animal body and new plant or animal varieties, as well as essentially biological procedures for the production of animals or plants, are not patentable. A specific EU-wide plant variety right is available for new plant varieties. 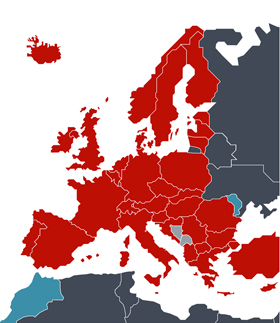 Application for a European Patent and Prior National Patent

Application for a European patent can be filed regardless of the existence of a prior national patent.

On the filing date of the patent application, the invention must include what is known as an inventive step: a step that an expert in the relative field, knowledgeable of the state of the art in that field, would recognize as non-obvious.

The invention must susceptible of industrial application. Such application may be in any field of industry, including the agricultural sector.

Who May Apply for a European Patent

Any natural or legal person of any nationality (inventor or assignee) may apply for a European patent.

Applicants may only be represented professionally by European patent attorneys or attorneys-at-law.

French, English and German are the official languages to be used before the European Patent Office. 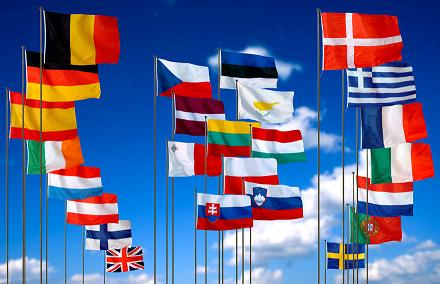 Additional States that may be designated in a European Patent Application

Though they are not members of the European Convention, the following countries may be designated in a European patent application: Bosnia-Herzegovina, Cambodia, Moldova, Montenegro, Morocco, Tunisia.

The designation of states in which patent protection is sought must be indicated in the patent application.

After the European application is published (18 months after filing date or priority date), the applicant can enjoy provisional protection in the designated states if a translation of the claims is filed. Such provisional protection is in accordance with national law. Reasonable compensation can be claimed in any case by the applicant for any activities of third parties infringing his rights, provided that the patent is later granted.

Search, Examination and Grant of a European Patent

The EPO carries out a priority search on the invention which is made available to the applicant and is one of the elements taken into consideration for the next phase of examination. The EPO can grant or deny the patent. Its decision applies in every member state. Denials can be appealed at the Board of Appeal of the EPO.

Post-grant oppositions may be filed by third parties and are discussed before the opposition divisions of the EPO. At the conclusion of the procedure, the Office may maintain the patent as granted, modify its scope or revoke it. Such decision may be appealed before the Board of Appeal of the EPO.

After the grant of the patent, the owner must obtain the European Patent’s validation in each designated state, at national level. This can require translations into the national languages. After validation, the European patent is governed in each state by national laws.

Starting from the third year, a fee is required for maintenance which can be paid in advance to the EPO. After the grant of the patent, national maintenance fees must be paid in each state of validation.

Duration of the Patent

Patents have a duration of 20 years following filing date.

A granted European patent or a European patent application give the owner the right to request customs protection, involving the detention of counterfeit products at customs.